the Artist & the Art 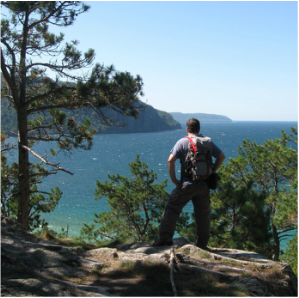 A small corner of the Anishinabek homeland around "Chi-gaming" (Lake Superior, Old Woman Bay)
The subject matter and style of artist Mark Nadjiwan is predominantly inspired by his First Nation heritage. He is a self-taught artist whose chosen medium is pen and ink and his unique style is primarily a “fusion” of the Woodland and Northwest Coast Native art traditions. In his work, one can often see the Woodland’s characteristic x-ray and wavy line motifs interwoven with the clean formlines and geometry that often typify Northwest Coast art. Mark’s work can be found in galleries and venues across Canada as well as private collections in both Canada and the United States. His First Nation roots are grounded in the Georgian Bay and Lake Superior Treaty regions, and he is a member of Neyaashiinigmiing Unceded First Nation. In November of 2022, he was inducted as a Fellow of the Royal Canadian Geographical Society. Mark lives in the traditional territory of the Saugeen Ojibway Nation (SON), in Treaty 72,  along with his artist wife, Patricia Gray, who works in various acrylic mediums.
Artist's Statement
"Although I have a deep and abiding affinity for what my Anishinabek ancestors called ‘keewaydinung’ – land of the north wind -- my experiences in our vast and wild regions are, ultimately, trans-cultural in nature. Whenever I travel into those ancient and sacred spaces, path underfoot or paddle in hand, it is my ‘internal’ experiences of being there that I later try to ‘externalize’ in my drawings. I choose to do this in a style that is largely derived from the artistic traditions of Indigenous people as they are the ones whose lives have been most intertwined with the natural world and whose images and stories most resonate with me. But the messages that I try to incorporate and communicate in much of my work such as connection, interdependence and unity, are universal.”

Note: The bio and statement above appear on the backs of all image products offered in the "SHOP." 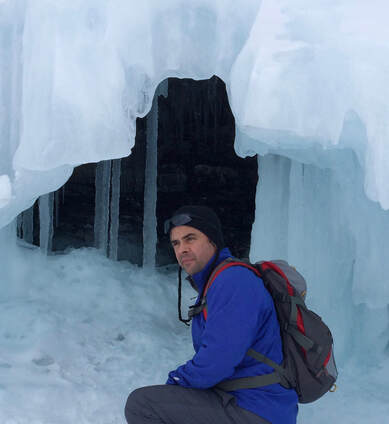